I appeared as a panelist on this week’s episode of To The Contrary, and discussed Hillary Clinton, egg donation, and Gloria Steinem.

You can watch a video of the show here:

We are conditioned to hate women.

We hate ourselves for being too fat, too thin, too curvy, too flat, too flaky, too serious, not smart enough, not fun-loving enough. We are rarely just right, and that’s political. The problem is set up as personal — allegedly there is something wrong with us (all of us) and we should be ashamed — rather than a society that criticizes women. You can be aware and still fall into the trap.

And how we hate other women! I am tired of being expected to hate Gwyneth Paltrow, or Sheryl Sandberg, or slacker moms who supposedly get to work less than everybody else, or women who are pregnant and on public assistance, or even other feminists who see things differently.

Which brings me to my next point: I’m not sure most feminists, let alone most people, understand how radical it is to accept women as they are.

I am still on a tirade against Dos and Don’ts Feminism, or the policing of women’s personal lives and choices, as a way to evaluate whether they deserve to be equal. But I’d like to push this critique a step further, because one of the core issues at stake is whether we are going to accept women as they are and allow them to take up space, or not.

One of the areas where this becomes crystal clear is the losing fight over abortion. For too long advocates for abortion rights have focused relentlessly on the sad and regrettable reasons why some women have abortions. Those stories exist and the point is not to minimize them; rather, it is to say that trying to make abortion relatable to people who don’t agree with it fails to attack the root cause of why abortion is controversial in the first place … we don’t believe women are good decision-makers, and we think that only if women are good decision-makers will they deserve dignity and control over their lives.

So, actually, it is very radical to accept women in all aspects of their lives, perfect or imperfect. Because accepting women “as-is” is a necessary precondition to dignity, equality, and justice for women. Dignity is not respectability.

It’s not respectability under the terms of rape apologists who believe that if only women would stop drinking that and wearing that they wouldn’t get raped.

For that matter, it’s not respectability under the very different terms of some feminists who believe that only women who buck the gendered expectations of femininity, like wearing make-up or caring for children or washing a husband’s laundry, are situated to claim equality.

Sometimes I’ll hear my radical belief against hating or criticizing women dismissed as “choices feminism,” or an idea that feminism is about allowing women to make choices and be whoever they want to be and that’s it. Nope. I want women to be equal. But they are not going to be equal so long as we demand a fixed set of behaviors from them, whatever those behaviors may be.

I have died a little, several times, hearing a smart woman apologize for sharing her opinion. Throw me six feet under so long as you’ll send a hot vampire who cares about feminism.

It’s not just “I’m sorry, but,” at the beginning of a sentence. These apologies also show up mid-conversation stream as “I’m rambling, and I’m not making any sense” even though no one has said so. They often masquerade as hierarchal concerns, such as “I’m just an intern, but,” or “I’m new here, but,” or “I’m young, but.”

I do and have done all these things, too, so don’t think I’m judging you if you relate as a speaker. The fact is that our culture clearly communicates that women will be better liked and more likely to get ahead if we downplay our abilities but have confidence in ourselves. That’s contradictory by design, because in this framework no one can win. You’re supposed to like yourself but not too much. However that works.

It is somewhat fashionable, in some circles, to tell women to stop apologizing for ourselves so that we can get ahead. There are many problems with this approach.

It’s an utterly false premise that we can self-help our way out of gender discrimination. That’s not to say that we can’t resolve gender discrimination, because through cultural and political action we as women (and men and girls and boys) absolutely can. But picking apart women’s personal lives and offering to-do lists for personal success is neither a recipe for equality and justice, nor a feminist practice in general.

Moreover, telling an apologizing woman that she has nothing to apologize for actually creates an almost real reason for an apology! Because what we need to examine is not the psyche of the woman who uses this common gendered speech mechanism, but rather where it fits into an overall pattern of expected behavior.

Women tend to be expected to build consensus, take the needs of others into account. and work to make those around them feel comfortable. These behaviors aren’t necessarily bad, and can actually be strong leadership qualities when chosen and practiced in context, but it’s confining and discriminatory as a general matter to expect women to be oriented toward and accountable to the group.

Perhaps what we most need to question is the assumption that it’s okay to tell women what to do.

Finally, the biggest problem with telling women not to apologize for ourselves is that it doesn’t examine the root cause of why a woman feels she needs to apologize for herself at a particular moment in her life.

It may well be the case that she is surrounded by people who discount her opinion. In that case, the real problem is not a pattern of speech but that those people surrounding her are horrible and not in any way conducive to growth and development. People who discount you are horrible bosses, lovers, partners, friends, and members of your network, and the solution is to find a way to remove them from your life, even if that takes time and planning (apology optional).

No one can make you feel inferior without your consent, true, but the proper piece of consent to remove is their influence rather than your coping behaviors.

This essay was inspired by my tendency to challenge those younger women who through conversation show me a tendency to preface their brilliant ideas and opinions with apologies for their lack of experience. I have multiple times told them that by virtue of being in a meeting or in a room, they belong, and I still believe that. We are never “just interns” or “just new,” we are human beings.

But the overall situation is more complex.

Do you wear lipstick, or high heels, or short skirts? Have you, during the course of a heterosexual marriage, changed your last name? Regardless of whether you hold a job, do you find yourself taking care of your kids while other moms are “leaning in” to the demands of a boss in the paid workforce?

The nitty-gritty details of your personal life do not influence whether you can be a feminist, nor do they influence your ability to be a cause-advancing member of Team Gender Equality.

Still, the media continues to advance a false and worthless narrative of what we can call Dos and Don’ts Feminism, which posits that criticizing a woman’s personal life is a feminist act and further that one woman’s choices set an example that all other women must follow. Both practices are offensive and not feminist. Let’s look a little closer.

First, feminism is a movement that holds at its core the ideals of respect for the self-determination of individual women, as well as compassion for the lived experiences of women more generally. Accordingly, attacking, criticizing, and needling women for the way they live is not an expression of feminist ideals.

Second, one woman’s choices do not set an example that all other women must follow. In no legitimate feminism is there one ideal woman who we’re all supposed to be. I say no legitimate feminism because actually there are feminisms, not feminism (and any feminist who tries to assure you there is only feminism like what she says is probably fairly dictatorial, pretty insecure, and whether self-aware or not benefiting from some unhealthy dollops of unearned privilege, be they race, ethnicity, ability, religious status, gender conformity, sexual orientation, and/or marital status).

An outcome of feminism for women is agency, or the ability to direct the course of our own lives, and the proper placement of perspective with regard to women, that say, our bodies are actually about our bodies and not God’s will to be interpreted and enforced through (primarily male) theocrats. It’s not far by extension that a woman’s personal life is actually about that woman’s personal life and not about what potential should exist for all other women’s personal lives. In the context of a social movement that works for the ability of all people, and especially women, to truly express their own free will, it’s fine to draw inspiration from the lives of other women, but that does not mean that each woman must set an example for others. Men are not subjected to this, not this way.

Picking apart a woman’s personal life is not a feminist activity, nor does it reveal whether or not that woman can be a feminist. Feminist behavior lies in how we treat others, and how we work to ensure others are treated. Scrutinizing women’s personal lives is a waste of time, it’s not feminist, and let’s be real — it’s really mean. Dos and Don’ts Feminism can die now. 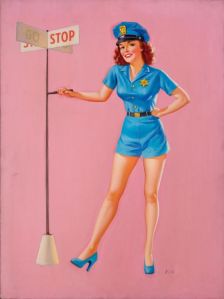 Filter By Commentary, Or Activism Tips

Be awesome or don’t bother.